Canada is a country occupying most of northern North America, extending from the Atlantic Ocean in the east to the Pacific Ocean in the west and northward into the Arctic Ocean. It is the world’s second largest country by total area, and shares land borders with the United States to the south and northwest.

The land occupied by Canada was inhabited for millennia by various groups of aboriginal people. Beginning in the late 15th century, British and French expeditions explored, and later settled along, the Atlantic coast. 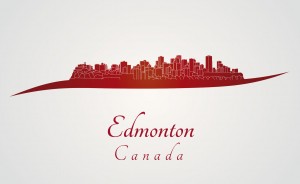 France ceded nearly all of its colonies in North America in 1763 after the Seven Years’ War. In 1867, with the union of three British North American colonies through Confederation, Canada was formed as a federal dominion of four provinces. This began an accretion of additional provinces and territories and a process of increasing autonomy from the United Kingdom, highlighted by the Statute of Westminster in 1931, and culminating in the Canada Act in 1982 which severed the vestiges of legal dependence on the British parliament.

Historically, immigration to Canada stretches back thousands of years. Anthropologists cannot agree about the varied possible models of migration to present-day Canada, or the probable pre-contact native-Canadian population. It is believed that the Inuit arrived independently of other aboriginal peoples at around 1200 AD. Indigenous people contributed greatly to the Early European colonies’ culture and economy; they have subsequently played an important role in the development of a unique Canadian cultural identity.

Immigration has played a crucial role in Canadian history; immigrants now form over 20% of the Canadian population. Canada continues to be one of the most immigrant -friendly countries in the world, with one of the most diverse societies on Earth. Some 220,000 – 260,000 immigrants arrive in Canada every year, although that number reached an unprecedented 280,681 immigrants in 2010. It has been projected that by 2031 about half of the population over the age of 15 will have either one foreign-born parent or will themselves be foreign-born. By 2031, it is expected that minorities will become the majority in Canadian urban areas.

Join us in building the greatest country on Earth, a country where your rights and freedoms are guaranteed and protected by law, a country where you can earn your success, a country that honours your heritage and cultural identity. In many parts of the world today dreams remain unfulfilled imaginings and reveries, but in Canada immigrants can transform their dreams into reality. Invest yourselves and your families in Canada, a country that cultivates its immigrants, fosters tolerance and respect for all its citizens, supports education and free healthcare, and rewards hard work and innovation. Canada is a country shaped by immigrants, and in turn immigrants are nurtured and cherished by Canada. Immigrants are the future of Canada, and we would be honoured to help you realize the Canadian dream, so come and join our Canadian family. Please contact Eric Shawar of Shawar Law for an honest assessment of your immigration prospects. We will do everything in our power to make you a part of our family.

Do I Need a Lawyer To Immigrate To Canada?