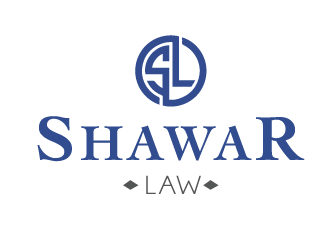 We also assist clients in family law matters that do not end up in court by preparing separation agreements, pre-nuptial agreements, marriage agreements etc.

If you have had your credit rating affected, or your driver’s license suspended because of non-payment of child support, we can help you get it back. We understand how to deal with the Maintenance Enforcement Program and regularly assist both payors and payees of child support.

If you are separated or getting divorced, you need to know what your rights and the rights of your children are. Going to divorce or family court can have a huge impact on you and your children for many years. It is important that the family lawyer or divorce lawyer that you select is able to get you the best result possible.

We understand the difficulty that our clients are going through during a divorce and we work hard to ensure the best possible settlement or outcome for our clients. We offer competitive fee arrangements. If you are going through a divorce or are thinking about separating or getting divorced, please contact us for a consultation and find out how we can assist you.

Call us for advice on the next legal step in your family law matter. We can help with your Divorce, Separation, Custody, Access, Matrimonial Property and Maintenance issues.

Divorce and Separation
What issues can come up in your Divorce? Should you get a Divorce or a Legal Separation?

Should you get a Divorce or a Legal Separation? 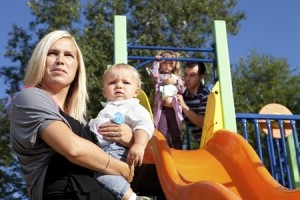 Who should get Custody of the children? What are the different forms of custody/parenting 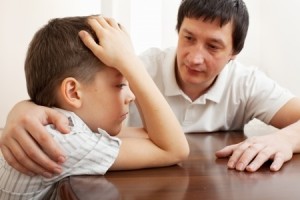 ? What is the law surrounding it?

Custody and Parenting are really the same thing.  Custody is a term under the Divorce Act of Canada.  Parenting is a term from the Family Law Act.  Without getting into the terminology and definitions, Custody is shown or determined by which parent has the children in their care for what period of time during the week.

The courts will generally look at past defacto custody (“status quo”), parental suitability and parental circumstances to determine who should be the custodial parent.  Perhaps both parents are equally suited – in which case the court may award “shared” custody between both parents.  Considerations are numerous.  Things that the court won’t consider is past behaviour of a parent that is not in relation to child raising ability.  It is important to hire a lawyer immediately as parents that don’t do so may develop a status quo that is contrary to what they want.

Support & Maintenance
Do I have to pay? Does my ex have to pay? How much?
Matrimonial Property
Am I entitled to property from our relationship? How is property held before the relationship treated? Should we make an Agreement or go to court?

Determining the proper split of property is quite complex and should be done only in consultation with a lawyer.  It is not necessary to go to court to settle these issues.  The parties can agree to contract for the split of the property.  This agreement is called a Minutes of Settlement or Separation Agreements.  Agreements that are not drafted or executed properly will not stand up in court.

Why not deal with these issues beforehand.  Pre-Nuptial Agreements are becoming more popular and are accepted by the courts to deal with Matrimonial Property before the marriage.  No one except a lawyer should attempt to draft a Pre-Nuptial Agreement.
Prenuptial & Adult Interdependant Partner Agreements
Who should have one. Is is worthwhile to get one done prior to marriage.

Is is worthwhile to get one done prior to marriage.

A prenuptial agreement may only effectively be entered into prior to marriage.  It is true, that you may enter into a similar agreement after marriage, however at that time entitlement to assets may have already changed.  You may even consider entering into one prior to entering into cohabitation with someone (this is not an interdependant partner agreement).

An Interdependant Partner Agreement shows your financial commitment to each other.  It can also set out what restrictions, you wish to place on this (failing which the law may determine your obligations to each other).

Call us for advice.  Of all legal documents, you would never want to draft your own pre-nuptial agreement.
Common Law Relationships
What if you aren’t legally married? How does the law apply?

Just because you aren’t legally married doesn’t mean there are no laws that apply to your situation.  The law in Alberta has developed to make many common law relationships equal to married relationships.  Whether considering property or parenting, it is important to discuss the deterioration of your relationship early rather than later (or too late)

The divorce lawyers (sometimes called divorce attorneys) in our office handle all types of family law cases from the simple to the most complicated. We have experience handling cases under the Divorce Act, the Family Law Act, the Matrimonial Property Act and other related family law statutes.

We service clients all over the province of Alberta, particularly Edmonton, Calgary, Grande Prairie, Red Deer and Fort McMurray. We also service the communities near the Edmonton area such as Stony Plain, Spruce Grove, Morinville, Leduc, St. Albert, Fort Saskatchewan and Sherwood Park.

Legal advice is the application of abstract principles of law to the concrete facts of the client’s case in order to advise the client about what they should do next. In many countries, only a properly licensed lawyer may provide legal advice.