Edmonton Criminal Defence Lawyer of  Shawar Law will defend your rights; our offices based in Edmonton, Alberta and we represent clients throughout

Alberta, including Edmonton, Calgary, Fort McMurray, Grande Prairie and numerous other locations. We provide services in Arabic and Cantonese for non-English speaking clients. Our lawyers defend people facing all types of criminal allegations and are not afraid to represent those facing the most serious allegations. 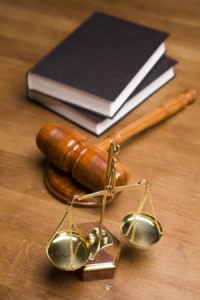 Our criminal defence lawyers have experience in all areas of criminal law, and are prepared to defend clients accused of all types of offences, including:

Please note that we are also able to assist clients with matters related to their criminal charges such as seeking a curative discharge for impaired driving offences, and seeking the reinstatement of an individual’s driver’s license through appeals to the Traffic Safety Board.

Persons charged with a criminal offence, particularly those charged for the first time, will often face a great deal of stress and uncertainty as they are forced to navigate the complex and unfamiliar court system.  Even people who have been through the system before, even many times, do not necessarily understand the criminal process.  Hiring a criminal lawyer is the most important decision that an individual in these circumstances can make.

We are available to help and are always ready to provide a no-obligation consultation where we can explain the criminal process, the individuals potential defences and chances of success. Please call us and (780) 756-640 to book an appointment

We provide effective advice and representation throughout all stages of a criminal proceeding, including,providing advice to individuals who may be facing criminal charges, but have not yet been charged , including arranging with police for an accused to be released upon arrest; advising accused persons who have been arrested as to what their rights are and whether or not they should make statements to the police; and, conducting bail hearings on behalf of accused persons who have been detained following arrest;

Once the accused has been charged we are able to vigorously defend our clients by exploring all available defences, including: seeking disclosure of all evidence that the Crown and police intend to rely on at trial and investigating the case on behalf of the accused to determine if other evidence may exist; advising the accused as to possible defences that may be available to them and how to proceed in their matter; negotiating a favourable resolution of criminal charges with the prosecutor (plea bargaining); and, if necessary, preparing the accused and other witnesses for trial and vigorously defending the accused at their criminal trial; if convicted, working to obtain the most favourable sentence for the accused; and whether or not a conviction or sentence should be appealed and if so, conducting the appeal on behalf of the accused.